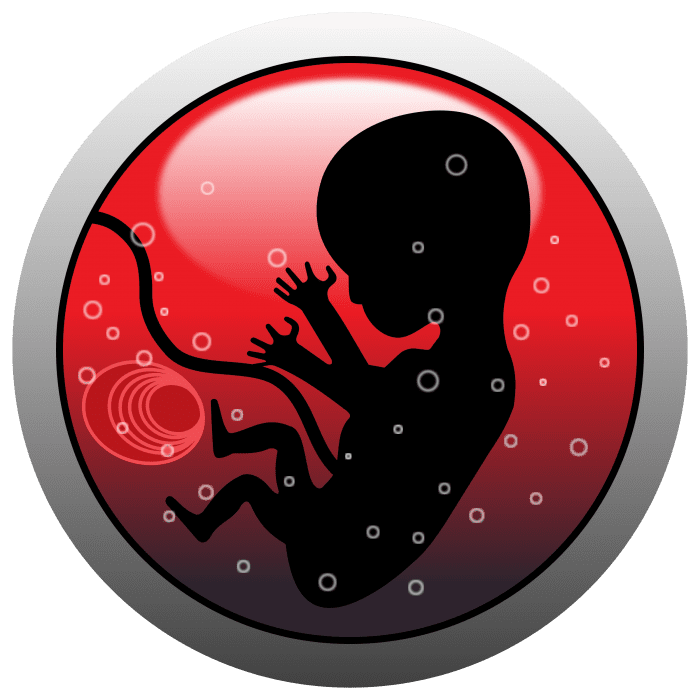 You’ll surely be curious about the placenta when you get pregnant. What’s a placenta, and what does it do? Let’s look into that here.

The Placenta And Its Functions

The placenta is an essential organ that grows in a woman’s uterus when she is pregnant. Its function is to supply the fetus with nutrients and oxygen and gets rid of the waste from its blood. It connects with the upper wall of the uterus, where eventually, the umbilical cord attaches. It may also be attached to the side, back, or front part of the uterus – this is still normal. But if it attaches at the bottom, you now have what you call a placenta previa.

After six days, the blastocyst will hatch to allow implantation to occur. The outer cells – the trophoblasts – work with the endometrial epithelium and invade into the woman’s uterine cells. This is then followed by the secretion of proteases by the embryo to allow a deeper invasion into the uterus. The implantation at this point is still interstitial, as normal implantation transpires on the anterior and posterior parts of the uterine body.

On the eighth day, the trophoblasts separate to become syncytiotrophoblasts and destroy maternal structures through their projections. In conjunction with this, the mononucleated cytotrophoblasts are also actively growing. These cells produce the hormone hCG, a hormone utilized for pregnancy tests.

On the 9th day, lacunae or holes are formed inside the syncytiotrophoblasts, and these cells also destroy the maternal tissues to allow blood from the arteries of the uterus to pass through the lacunar network. By the end of the 2nd week, the uteroplacental circulation has been established.

While all this is happening, the cytotrophoblasts also start to create chorionic villi or finger-like projections that surround the syncytiotrophoblasts. Other processes are developing, too, creating secondary projections. And three weeks after the pre-implantation, embryonic blood vessels start to form in the embryo of the secondary chorionic villi, and they become the tertiary chorionic villi. Other important events happen within the uterus, and these events will form the cytotrophoblastic shell. The shell and the tertiary villi connect to form the anchoring villi. These villi grow and produce more projections, some of which form the branching villi, which are the main projections that transfer metabolites from the mother to the fetus. These branching villi can be likened to the small branches of the trees.

Remodeling of the maternal spinal arteries is the primary event that takes place at this stage. The flow must be at a higher level with a low resistance to meet fetal needs. The cytotrophoblasts enter the spiral arteries and replenish the maternal endothelium, so there is an epithelial to endothelial modification here. This further results in the expansion of the vessels, thus reducing its surrounding resistance and enhancing blood flow.

On the side, when differentiation fails or there is an incomplete change of cytotrophoblasts during the epithelial to endothelial modification, preeclampsia occurs.

During the first trimester, the placental barrier is quite thick. However, between the 27 and 40th week, it becomes thinner as it expands to facilitate further exchange. As it increases in size, the cytotrophoblasts disappear.

Unfortunately, this so-called placental barrier does not function as a ‘true’ barrier, as several chemical substances are still able to flow past through it. If viruses (measles, rubella) and dangerous drugs (methamphetamine, cocaine) enter and blend with the fetal circulation, this may result in infections and other congenital anomalies that babies may acquire before birth.

At four months, the placenta separates into two components – the maternal part and the fetal part. The maternal part contains the decidual septa, which divides the placenta into compartments, referred to as “cotyledons.” These cotyledons receive blood supply from about 100 spinal arteries.

At this stage, the placenta is about 3 cm thick and approximately 600 grams. When the woman gives birth, it tears apart from the uterus, and then the baby exits through the vaginal canal.

The maternal side of the placenta will have several cotyledons, which will look like bulges, and the thin-layered decidua basalis covers them. The full-term placenta will now contain about 150ml of blood. This will be sufficient to provide circulation for the delivery of nutrients and oxygen to the fetus and the removal of harmful wastes.

Several events occur at the end of pregnancy to decrease the exchange between the fetal and maternal circulations. These events include:

There have been speculations about women who eat their placentas because centuries ago, although induced with folklore and myths, women put a price on their placentas. Some of the stories even included people in the old ages freezing the placentas and giving them as a treatment to women who suffered from postpartum depression and other illnesses.

Whatever you plan to do with your placenta is not the issue here. This article has attempted to emphasize the importance of this organ to women and how it plays a relevant role in pregnancy. It is only appropriate that as you care for your health during pregnancy, one must also take time and effort to care for their placenta.

FAQs On Placenta And Placental Development

Can you consider a placenta as an organ?
Yes, it is an organ in a woman’s body.

When does a placenta occur?
It occurs during the 6th to 8th weeks of pregnancy.

What is the function of the placenta?
It is an essential factor of pregnancy because it supplies nutrients for embryo.

What causes the enlargement of the placenta?
Not all times. Certain maternal conditions such as smoking and infections in the uterus can enlarge it.

At what week is the placenta formed?
The placenta and placental development occur in week 14 of pregnancy.

What is the placenta write the function of the placenta?
The placenta allows thermo-regulation, nutrient uptake, waste elimination, and gas exchange via the mother’s blood supply.

What damages the placenta?
A variety of unhealthy lifestyle habits and  medications can cause an unhealthy placenta

Is it normal to have a thick placenta?
At any point during pregnancy, 4 cm is often considered to be the maximum thickness of a normal placenta.

What does having a small placenta mean?
The placenta does not always develop normally; that is why it sometimes becomes small. With that, the baby may not get the needed food and oxygen if the placenta and placental development is too small.

Can you eat your placenta?
Placenta and placental development do have protein and fats (more info here). That is why some people eat it due to the belief it can raise your energy and breast milk quantity.