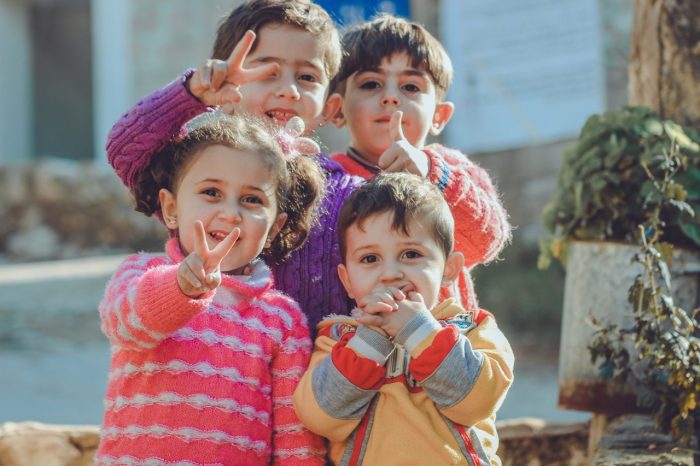 Many people are realizing the importance of teaching more than one language early. We try teaching languages in the teen and early adulthood years in high school and college respectfully, and while some can learn it, it just doesn’t retain as well as it would if it were taught to babies.

Babies soak up languages so well. They don’t need to study a textbook or use flashcards. If you have a baby, and even if you live in a place where everyone speaks English, teaching a baby another language can benefit them in many ways.

How Many Languages Can A Baby Learn?

You may be surprised by the answer. They can learn three languages, possibly four, all while retaining fluency in their native tongue.

Why Teach Your Infant Different Languages?

There are quite a few reasons to do so, including:

Being multilingual seems to do wonders for the mind. A baby’s brain may be more malleable as they learn another language. As they age, their mental health will be sharper than most people. It’s just good for them. Your brain isn’t like a hard drive; as it learns new languages, passages open up, and they can easily learn other stuff too. Give it a try.

Breaking down language barriers. They can talk to people from other countries without any worry. Perhaps when they are older, you can all go on a vacation to another country and your child can show you around.

Great for a career. Having a career in translation can make lots of money, and many people are looking for jobs like that as the world becomes more connected. From localizing media to translating for important people, learning a language as an infant can give your child a head start.

Learning another language also allows your children to learn about the culture as well. Teaching your children about culture can help them be more tolerant of people who are different than them and give them an early start in life.

Translation technology is no substitute for learning a language. Perhaps one day it will be, but Google Translate often has stuff lost in translation. Avoid language faux pas by actually learning the language and being able to find meaning and context in it.

The Best Way to Teach A Baby Another Language

How can you teach a baby another language? It’s quite easy, but it does some work to it. You can’t just play a show from another country and expect your baby to automatically learn. Here are some rules.

When you speak to the baby, make sure to speak to them in your language only. This can help your baby put their native language as their number one priority.

Usually, a baby learns a language better if they have a reason to. Positive reinforcement can help. When they’re learning a language, getting a treat or some praise may be the reward they need.

When Is The Best Time To Learn?

Anyone can technically learn a language at any age, but it’s much harder to learn as you get older. For a  baby, 10 months is when the baby can start to pick up a language, and it happens over a couple of years. Eventually, the window does close a bit. When it does is unknown, but what we do know is that at the baby and toddler stage, it’s when the baby learns the best. Elementary school-aged children learn languages as well, which is why many want second language classes to go before high school.

Ways To Teach Them

Here are some good ways you can teach a baby.

Play with things in another language, and have your children listen to the words. One good way to do this is to play something originally in English and then play the same thing dubbed in another language. Thanks to the Internet, it’s easier than ever to find this. You don’t have to go to another country to get media in another tongue.

Playing a learning tool that teaches them how to learn different languages through individual words may be smart. For example, flashcards. Your child can learn the words and then point to the matching objects. It’s well worth a try. Your kid will learn quite a bit from it.

Talk to a tutor or someone who is an expert in learning a language. They may be able to give you creative ways to learn a new language. Usually, someone who is local can teach you the best spots to meet new people and learn their native tongues.

As your kid learns another language, make sure you reward them. Give them a treat or a compliment as they continue to soak up new words and their meanings. This is a fantastic way for your child to learn, especially if they are a toddler and better understand the concept of reward. Of course, reward should not be the only motivation. Taking advantage of your child’s natural curiosity may be your best move. Give it a shot and see what we mean.

Gone are the days when we learned just one language and then struggled later in life to learn a new one. Because the world is so connected, it’s easier for any child to learn a language and stick to it. If you have an infant, you’re missing out if you don’t teach them another language.

FAQs On How Many Languages Can A Baby Learn

How many languages can a baby learn?

There is no limit when it comes to the questions ‘how many languages can a baby learn.’ Many babies know two, three, and sometimes even four languages.

What is the best age to learn a foreign language?

You can learn a foreign language anytime before you reach ten years old. Once you go beyond that, you may already sound like a native speaker.

How many languages can a person learn?

Again, an average person can learn as many languages as possible. You can be a bilingual, trilingual, or multilingual.

What is the best language for a child to learn?

French is among the most studied languages on the entire planet. After English, a lot of people learn Spanish, Mandarin Chinese, German, etc. The best language for your child to learn, though, depends on which one is used in your society.

At what age does learning a language become difficult?

Being proficient in a foreign language becomes difficult if you start learning after turning 18. You may be able to pick up a few sentences here and there, but understanding everything in a grammatical sense may not be easy.

What is the best age to learn English?

You can start learning English as early as three years old. Still, the proficiency may come only between the ages of 5 and 7 years.

Does speaking two languages to a baby confuse them?

Speaking two languages to a baby may not make it challenging for them to pick up both. However, they are prone to mixing the languages and not knowing how to distinguish them individually.

Yes, babies can learn three languages or more. The key here is to avoid mixing multiple languages in every sentence to help them become proficient in all languages. Read further here: https://expatsincebirth.com/2013/08/19/how-many-languages-can-a-child-learn/

Can a child learn 2 languages at once?

Yes, a child can learn two languages at once. It does not confuse them, considering their brain processes new information the same way.

What is the easiest language to learn?

English is and may always be the most natural language to learn. You see and hear people using the language daily, and it’s hard not to pick it up.

Can a child learn a language from TV?

Various parents turn on TV shows in the language that they want their child to learn. It can be done as early as you wish.

What is best second language to learn?

Based on some studies, Spanish may be the best second language to learn. That is especially true in countries where Spain laid its roots once upon a time.