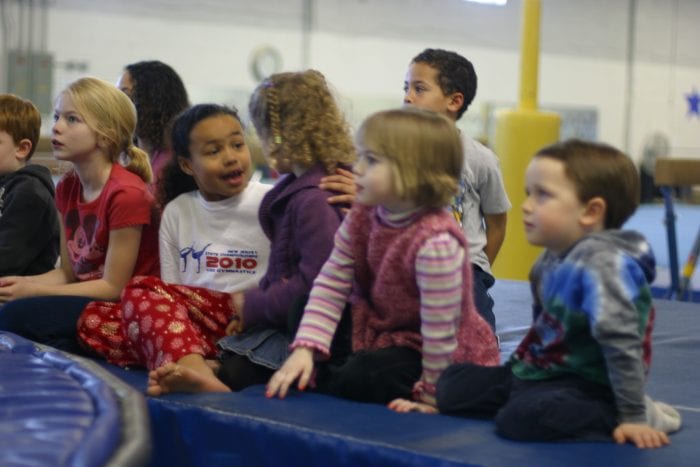 In today’s connected world, learning a second language is a smart move. The problem is that we try teaching people language when it’s too late. Usually, it’s a high school or college. A teen or young adult learn some words and phrases, and they may retain some, but once that class is over, most of what they learn goes out of the window.

This age is when it’s easy to learn a second language.

Why Learn A Second Language?

Here are some reasons why your toddler can benefit from learning a second language.

If your household is bilingual, or your town is, learning both languages can help a toddler function in their home or society as best as they can. However, even if they don’t live in this location, there are still some benefits, such as:

You may think that learning more than one language will just fill your child’s brain with extra space they could use for science or math, but the mind is not a hard drive. In actuality, being fluent in multiple languages is a mental health boost. It may help dementia and other brain problems that happen as you age. Bilingual toddler language development will be helpful when they grow up.

The best thing about studying a new language is it helps shatter some language barriers. Even in an age where we have translators on our phones, it’s still no substitute for learning a second language and speaking in it.

So even if you live in a household and city where everyone speaks English, it’s still a good idea to teach your child other languages.

There is always a need for a translator. Even in today’s world of translation technology, someone has to work on them and make them even better. A bilingual child is one who has a step up in the career world, and they can make a good living doing so.  The bilingual toddler language development will come in handy for them, especially that they will quickly learn at an early age. Try them out today.

You may wonder when the best time for a child to learn another language is. As it turns out, it’s quite young. Every language has certain sounds that others don’t have, and a toddler before a year old can differentiate these sounds easily. After that time, it becomes a bit harder for them to learn. It’s still possible, so don’t feel like you’ve lost hope if your toddler is older than the age. Again, anyone can learn a language at any age.

It used to be difficult to expose your kid to different languages. Before the Internet, you would have to go to another country or know someone who spoke the language if you wanted to hear it fluently. Nowadays, it’s much more comfortable, and it’s so good for the mind.

If you live in a single language household, there are many ways to teach your child a language. The Internet has made it much more manageable. Here are some ideas.

Many kids learn a different language through the media they consume. If you want to teach your kid Japanese, play some kid-friendly anime that is not in English. With that said, don’t just leave on the TV and think your kid will learn it automatically. Make sure your child is immersed and can point out the many names of things. This method is one of the most effective ways to begin bilingual toddler language development.

Look for someone who speaks the language and see if they can teach you or your child tips on how to learn the language. You may need a tutor or hire someone who knows how to teach language well.

This person can record words as well, and you can translate them and have your child listen to them, then point to the object the word is depicting. For example, if you’re teaching Japanese, your child can hear the word “Neko” and point to the family cat.

It’s important that early on, you teach your child about language barriers and how they are unnecessary. Teach them that someone who speaks a different language than you is someone you shouldn’t be afraid of and that you should strive to make communication easier.

Teach your children that some forms of communication are universal, and they help bring everyone together. A smile, for example. It sounds a bit cheesy, but it’s true.

They Don’t Need To Be Perfectly Fluent In Each

The point of a second language is that you know quite a bit about it and can communicate with others, but you aren’t going to know every word. Your child should focus on their native language and keep the second language as an add-on. Later on, in life, they can become even more fluent in it.

Learning a second language is a journey, and the mission is much easier when one prepares early. In the information age, there is little reason why your toddler shouldn’t learn a second language. Even if you come from a household where everyone speaks one language, teach your toddler another, and they can benefit from it.

How does bilingualism affect language development?

There is no evidence that bilingualism affects language development. Experts encourage parents to speak their native language at home, and so that children will learn the majority used language in school.

Bilingual toddlers may speak their first word slightly later, but it still happens in the same age range. Although they are a little late, it does not cause a delay in language.

How many words should a two-year-old bilingual say?

Bilingual two-year-old already say 2-word phrases. They might sometime mix up language rules, but it is entirely reasonable.

Yes, but it still happens during the same age range. Bilingual children may be late but not delayed.

Do children get confused if there are two languages?

No, they can distinguish two languages apart. The only downside is that language development happens slower.

Can a two-year-old speak?

Yes, they can now speak 200 words and two-phase sentences. By age three, their vocabulary has expanded to 1000 words.

One study suggests that bilingual students are smarter because their brains get to exercise more. It also improves cognitive skills and is likely to prevent dementia in old age.

Can a toddler learn two languages at once?

Yes, toddlers are capable of learning two languages at once. Kids who understand two languages are called bilinguals. They say their first words a little late but still occurs in the same age range as the monolinguals.

How does a child become bilingual?

There are different methods to teach a child to be bilingual. One Person One Language is where one parent speaks only one language consistently. Minority Language at Home is where families use another word for conversations at home. Time and Place and Mixed Language Policy are when the language is on a time-based schedule, and the language used depends on the situation, respectively.