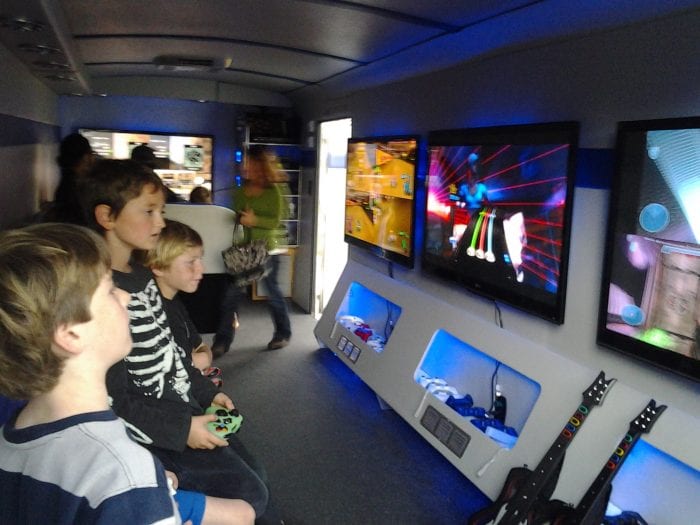 Sometimes, finding the right games for boys can be hard. You wouldn’t buy Barbie horse Adventures for one, but instead something with a cast they’d relate to, action, and adventure. Here are some of the best games for boys that they will enjoy, and something that they’ll find immersive and fun.

Pokemon has been a household name for over 20 years, but that doesn’t mean it’s old. With the release of Pokemon Let’s Go Eevee/Pikachu, and with a new title coming out for the switch this year, it’s one of the best games for boys.

You train monsters and use them to fight others, all while traveling the world. While some boys may think it’s just “for kids,” people young and old play these, and they’re quite fun. Plus, who doesn’t love catching cool monsters and training them, and the satisfaction of beating a gym leader in battle.

If you’ve ever played Mother or Earthbound, this does have a similar art style and vibe. While it is a bit complex and might be hard for young boys, older boys will enjoy this game. It’s got an immersive world, some cool characters, including a goat mom and a fish girl, and you can choose to either spare or kill your enemies. It’s got a new battle system that does take a little bit of getting used to, but it’s a game you can get for free, and with the prequel Deltarune getting a new chapter this year, playing Undertale is undoubtedly worth it.

The game centers around a boy named Sora, who has a magical key weapon called a keyblade. He travels from world to world, defeating heartless, and while the story is a bit complicated, there are entire collections out now that contain all the games, and they have distinct and unique battle systems everyone will enjoy.

If you don’t want your kids playing Fortnite or Call of Duty, but they love shooting games, this is one of the best games for boys. It’s a shooting game, but instead of guns and blood, you’re shooting out ink, and your goal is to knock the other person out. Hence, they explode and shoot your team’s ink everywhere, and also to cover the entire territory with your ink. This game is available on the Switch, and it still has a lot of people playing it currently. Plus, with an immersive and engaging story mode, this is a great one for kids that want to play shooting games, but you don’t want to have to worry about microtransactions or anything.

Another popular game for guys, this game involves the adventures of Samus, a bounty hunter that works to defeat aliens and adventure into different areas. There are a lot of games in this series, including the Metroid Prime series, which has a new game coming out for the Switch this year. This game primarily saw itself on Nintendo consoles, including the SNES, GBA, and the Wii. However, don’t play Other M, it’s not a great Metroid game and one that fans don’t enjoy. But, if you like action games, and adventuring, this is great.

You may give heard of Super Smash Bros. Ultimate, which was recently released, but the popular series has been around since the Nintendo 64 days, and it’s super popular.

The game is simple: you fight other Nintendo characters (and some guest characters such as Ken and Ryu from Streetfighter), and your goal is to ring out the other person by hitting them. As you hit them, the percentage goes up, and once it’s high enough, you push them out of the ring. It’s a fun game, and if you like party games for the family, this is one people enjoy.

The beautiful part about Smash is that it is simple to learn, but hard to master, so you can teach others to play it, or your son can pick up on this and learn it quickly, but they will practice new combos.

The new game is better than ever, and with over 70 fighters, it’s sure a lot of fun for everyone.

Finally, there is Portal. Unfortunately, there are only two games, but these are super fun puzzle games boys will enjoy. If your son is a fan of manipulating objects to solve intricate puzzles, this is the game for them, because that’s it.

You play as a girl named Chel, and you have a gun that creates portals. The goal is to escape the area and finish the puzzle using your gun. Through these portals, you can bring objects to you, and it’s quite a fun game that you’ll enjoy. It’s one that, if you like to do puzzles and such, this is perfect.

For those who are fans of Mario and sports games, this is for you. It’s tennis, but with all the fun Mario characters you know and love. It’s a sports game, but it’s a fun sports game, and it isn’t just realistic characters playing a game of tennis. There are many tricks and secrets that you can learn with this, and you’ll be able to master combos and have fun with this. Plus, who doesn’t love throwing a super cool tennis move with Waluigi? It’s worth it.

Finding good games for boys can be hard since boys can be picky with their choices. But here, you’ve seen just a few of the many kids’ games that you’ll want to invest in and some great ones they’ll know and love. You can enjoy these with your child. It’s a fun thing for them to get into, which they can play them on their own.

FAQs On Best Games For Boys

Which game is best for children?
Super Mario 3D World is the best game for children (read more about it on this page).
What are good ten-year-old games?
The games for 10-year old kids include Angry Rocket Bird, Human Body Questions, UNO online free, Visual-spatial intelligence game, Sonic Adventures, Planet Mass Comparison, Puzzle Bobble Taito, as well as MarioLand.
What age is appropriate for gaming?
The AAP recommends that parents should place consistent limits on time spent using any media for children 5 to 18 years. It includes playing video games on tablets, gaming consoles, as well as smartphones.
What are the best games for 9-year-olds?
The games and activities that best fit a 9-year-old’s developmental stage are Stratego, Monopoly, Checkers and Chess, Blokus, Legos, KNex, and Team Sports.
What are good five-year-old games?
Games that a 5-year-old kid can enjoy are Alphabet Memory, Spot It, Crazy Cereal, and Skittles Game.
What indoor games can you play?
Highly Fun Indoor Games for Children includes Pitching Pennies, Pictionary, In and Out Hangman, Balancing Beam, Sock Toss, Indoor Obstacle Course, and the all-time-favorite Follow the leader
.
What games are favorite of 9yr olds?
Kids love to play, but not every game is a good fit for every age group. Some 9-year-old kids prefer Monopoly, Blokus, Stratego, and Team Sports.
What are the best group games?

Some of the best group games include Blindman’s Swag, Charades, Cherry Pie, Back Up, Back Draw, and Dizzy Bat.

Best Games For Boys Other Resources