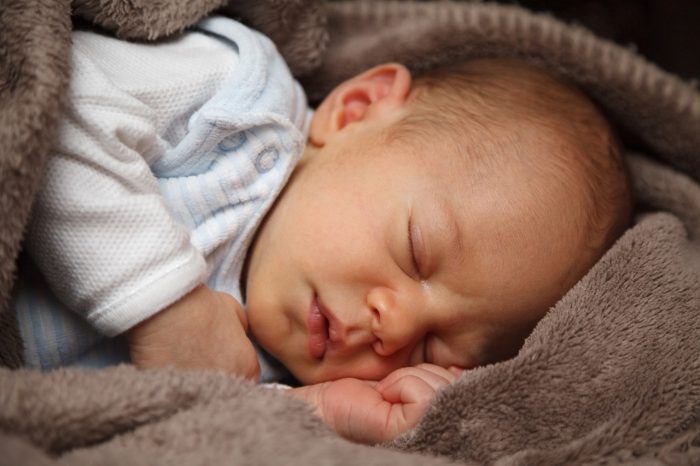 Parents of newborns learn quickly that they take several naps a day to start out. Then, after a few months, a schedule tends to set in that includes a late morning nap and an afternoon nap, as well. And eventually, children transition to one nap.

So, if you had a baby guide to great sleepers, what would it say about when the perfect time is to transition from two naps down to one? You probably already know that not all babies are the same. You should do what’s right for your baby, however, there are some tips for knowing when your little one is ready to transition.

Typically, When Do Babies Go From 2 Naps To 1?

Ultimately, there’s no way for there to be one universal baby guide to great parenting that will work for all families. Babies, parents, and families are all very different and lead different kinds of lifestyles. It’s important that you take that into consideration when you’re trying to figure out when your baby should transition to one nap.

How Many Naps Should A 1 Year Old Take?

Generally, babies that are one year old should still be taking two naps. They’re still usually taking a morning nap that’s about an hour and a half, as well as an afternoon nap that’s about the same length. However, as was said above, some babies will already be moving toward only taking one nap during the day. As long as they seem to be getting enough sleep to make it through the day, it’s ok for a one year old to make the transition to one nap.

How Do You Know When Baby Is Ready for One Nap?

There are certainly some signs to look for that will help you to know when your child is ready to make the move to only one daily nap. Here’s what you’ll start to see:

If your little one is exhibiting some or all of these signs, they’re probably ready to stop taking two naps. You can start trying to make that transition.

How Do I Transition My Baby From Two Naps To One?

The best way to help your baby transition to one nap is by starting with moving the time of the morning nap so that it starts later. You can do this by moving it little by little. Usually, if you move it a half hour at a time, you can get the baby used to it in about a week.

Respond to what you’re seeing appropriately. For instance, if your child wakes up after only a short nap, do your best to get him or her back to sleep so they get the rest they need. One nap is taking the place of two so it needs to be longer.

If you need to, don’t be afraid to move the bedtime up. You may need to get them to bed earlier during the transitional time. There’s nothing wrong with that. The most important thing is that your baby is getting the sleep he or she needs.

Understand that a smooth transition is rare. If there are days that come along where you feel your child could benefit from a second nap, it’s ok to give them one. Sometimes the best way for children to get a good night’s sleep is to get good naps in.

Which Nap Do Babies Drop First?

Babies tend to drop different naps first. You could have a child that naturally gives up the morning nap first or one that gives up the afternoon nap first. Ultimately, it doesn’t really matter. Once it looks like they’re ready to transition down to one nap, you should work on moving the daily nap to the middle of the day, just after lunch.

Still Not Sure About When Should Babies Go Down To One Nap A Day?

If you’re still not sure if your baby should make the transition down to just one daily nap, don’t worry, you’re not alone. This is one of those things that many parents are unsure of. Your baby’s health is important and sleep habits affect their health in a big way. So, let’s look at some frequently asked questions we hear from parents on a regular basis, together.

An 11-month old might start showing some of the signs for readiness to transition to one nap. You’ll want to look for more cues, though. You can try out doing just one nap, but you’ll likely find that after a few weeks your baby will be needing the two naps again.

One year olds who seem to be ready to transition away from two daily naps could be ready. But, this too is a little bit earlier than the average. Similarly to an 11-month old, a one year old will likely need two naps most days.

At this age, more babies tend to show signs that they’re ready to transition to one nap. Could it be too early? Yes, it could be, but this is closer to when most babies are ready to stop taking two naps. You can try out the transition to see if it sticks, and if so, push forward with the change.

What you need to remember is that it’s all about your child. You will see the cues coming from your baby for when is the right time to make this transition. And what’s more is, if you try moving down to one nap and it just isn’t working, it’s ok to stick with two naps and try again later.

Now We Want to Know—When Did Your Baby Switch to 1 Nap a Day?

As parents, we all learn from each other. So, we want to know when your baby made the transition from two naps down to one. Leave us a comment about your child’s napping experience. We always love to hear from our readers and appreciate what you have to say!

When Do Babies Go From 2 Naps To 1 Other Resources