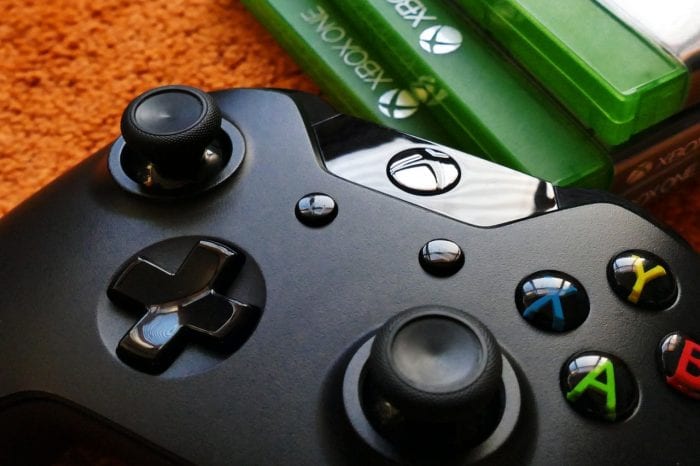 Even after 13 years, the Xbox 360 remains a beloved console by many. It isn’t just for teens and adults; your kids can also enjoy games on the Xbox. There are plenty of games for kids on the Xbox 360 as well, and some video games that they will surely enjoy.

When it comes to video games, many parents are worried about the kinds of themes and ideas that their children will encounter, especially for young boys. You won’t need to be concerned about that. Here we have some of the best Xbox 360 games for 10 year old boy. These are all rated E and suitable for kids aged ten and above.

Yes, the famous toy brand has crossed over to the virtual world with dozens of games. Lego has released about 30 originals and over 30 licensed games since 1995.

The most popular games are those licensed to other popular brands and franchises. Lego released its first licensed property, Lego Creator: Harry Potter, in 2001. Since then, it has released Lego Star Wars, Lego Batman, Lego Marvel, and the like. In these games, you play as Lego versions of the characters.

The action-adventure plots are sure to be enjoyable to your kids, and the puzzles help them think logically and creatively.

The beauty of a story mode is there is a relevant plot that kids can enjoy, and they can get into the story mode quite easily. The story mode follows the adventures of Steve, and in story mode, you can still do the crafting that you know and love, but now there is a story to help with progression.

With Minecraft story mode, you can do a lot of the fun crafting and adventuring in normal Minecraft, but Minecraft story mode is pretty easy to do, and the story mode makes it one of the best games for kids if they enjoy Minecraft and want to experience more of an adventure. It’s easy to play, and offers some game features you may not get in other Minecraft versions.

Up to four players play as a band, using specially designed controllers shaped like instruments. You can either be on bass, lead guitar, drums, or sing into a microphone. As a band, you play popular songs that come with the game or those you can download off the internet. It’s a step up from karaoke night.

The game is an excellent way for kids to learn to appreciate music, sing, and develop motor skills such as coordination. These are just some reasons why Rock Band is one of the best Xbox 360 games for 10-year-old boys.

You know Ubisoft made it big when GameSpot awarded their game, Rayman Origins, as Best Platformer of 2011. Critics loved the fourth installment of the Rayman video game series.

If you are looking for the best Xbox 360 games for a 10-year-old boy, then this is one of them. The plot follows the adventures of the titular character Rayman as he embarks on an adventure to restore peace and order to the Glade of Dreams, save Bubble Dreamer from nightmares, and restore the Glade.

Your kids will love the 2D art. It also comes with an enjoyable soundtrack, and the gameplay is smooth enough for ten-year-olds to pick up on quickly.

Have you ever been fascinated by those Russian nesting dolls? Well then, you’ll find a real treat in the 2011 game Stacking.

Set in the industrial age, start the game by controlling a small matryoshka doll named Charlie. You set off to rescue your four siblings who have been enslaved by the main antagonist, The Baron, under the guise of entering apprenticeships. You solve puzzles by jumping inside larger dolls—thus the name Stacking—that possess exceptional skills and abilities.

The gameplay challenges your kids to think creatively to solve the puzzles and rescue Charlie’s siblings. The game also showcases excellent humor—the dolls can perform “hi-jinks” or pranks on other characters. The art is also something worth looking forward to. It’s no wonder it’s one of the best Xbox 360 games for a ten-year-old boy, and critics have given this game much praise and approval.

Possibly the most well-known game on this list, many veteran gamers and critics will attest that Portal 2 is one of the best video games of its time. Even Valve agrees.

In the second installment of the Portal series, you control Chell as you try to escape the labyrinth-like Aperture Science facility. You do so by making use of your iconic Handheld Portal Device, which allows you to create portals from which you can enter and exit. You control not only their placement but also the angle of entry and the velocity.

This game doesn’t just challenge kids to think creatively; it also teaches them elements of physics. It also helps them develop spatial cognition skills. It’s a fun way to learn science—something that some young boys may have difficulty with. That’s what makes Portal one of the best Xbox 360 games for 10-year-old boys.

There’s a reason why many articles include this in their list of best Xbox 360 games for 10-year-old boys. With this game, your kids can get some exercise and have fun.

Kinect Sports Season 2 brings in six new games: American football, golf, skiing, darts, tennis, baseball, and baseball. It also adds a voice control feature. Just like in the first release, you play by mimicking the same gestures and actions of the actual sport. That means that you have to get up on your feet and swing like you’re hitting a baseball.

The game is a way to bring in some physical activity for boys and is excellent for “family game night” too. Plus, who knows, maybe this will get them interested in trying out actual sports. This is one of the many great games for kids that gets them active and going.

While the Disney infinity server did shut down, there are gold versions of Disney Infinity you can get. With Disney Infinity, you’re given a sandbox experience with various Disney characters. The best way to compare Disney Infinity is to say that it’s like Skylanders Superchargers, and it’s one of the best games for kids especially if they like Disney.

Sesame Street: Once Upon a Monster

So if you want to get your kids moving with a game that is easy to play, this is it.

Here’s something for the brainy kids. National Geographic Challenge is a video game full of trivia questions that’ll challenge your child’s knowledge. They’ll also be able to learn through a series of educational videos. They can choose from single-player or multiplayer gameplay.

What’s great about this is that the game isn’t limited to topics on nature and animals. The game will introduce your kids to icons of arts, history, and so much more. The variety of issues that these educational game covers makes it to the list of best Xbox 360 games for a ten-year-old boy.

This one will surely widen your child’s knowledge while also teaching them competitive and cooperative play.

In making this list, we took into consideration several factors. That includes educational value, entertainment, and its age rating. We can assure you these games are suitable for your 10-year-old boy.

Still, make sure to supervise your children when playing. That way, you can ensure that they’ll enjoy the best Xbox 360 games for 10-year-old boys and walk away with new lessons learned.

Xbox 360 was released in 2005 after the original Xbox. It was first available in the United States and Canada, followed by Europe and then Japan, all in the same year.

What Xbox games are suitable for 5-year-olds?

Some games that are good for five-year-olds are Minecraft, Super Lucky’s Tale, and Sonic Mania Plus. Minecraft is popular among kids because it stimulates their brains, helping them to explore and build in the virtual environment. These may not be the best Xbox 360 games for a ten-year-old boy and older, but there are no issues if they want to give it a try.

Yes, some Xbox 360 games are played with Xbox One. The compatibility of games for the two devices is growing.  Also, it allows one to continue a play that was started from one device to another through a cloud.

Roblox is not supported on Xbox 360. Meanwhile, Xbox One supports this game.

What is the best selling Xbox 360 game?

Here are the best selling Xbox 360 games. However, not all are suitable for children or considered as the best Xbox 360 games for a 10-year-old boy and younger:

Roblox cannot be played in 360. However, there are more available games, and you can still find the best Xbox 360 games for a 10-year-old boy and younger. Minecraft story mode is a video game that is similar to Roblox, and it is kid friendly and one of the great games for kids that they will enjoy.