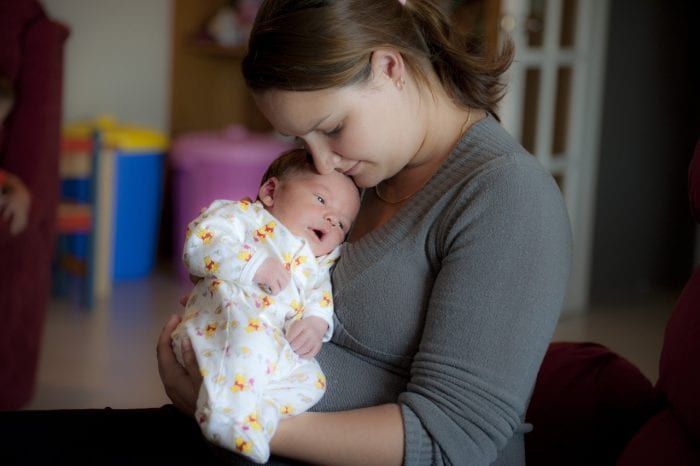 Sleep is essential for growing babies, but any parent knows just how hard it is to encourage babies to sleep. The simplest of sounds can easily startle them. Soundproofing your nursery can be an effective but expensive solution. Unless your home is near a significant source of noise, a viable alternative is to use something that generates white noise. Sometimes written as whitenoise, this particular sound can mask other noises, allowing your baby to sleep peacefully.

This article discusses what white noise is, as well as some of the best whitenoise apps for your baby.

Choosing The Best Whitenoise Apps For Your Baby

First, you must distinguish between white noise, pink noise, and brown noise. When used strictly in a technical sense, white noise refers to sounds that contain the entire range of frequencies, in equal power, that a human could hear. However, the human ear has varying sensitivities to different wavelengths, so the frequencies of white noise at different power. White noise is commonly described as harsher than other types of noise.

In contrast, pink noise emphasizes lower frequencies, resulting in a sound that is more relaxing and can block out more background noises. Brown noise improves upon pink noise by further favoring low frequencies over high frequencies.

When choosing the best whitenoise apps for your baby, check if there are options for white noise, pink noise, and brown noise. See whether the app allows you to record other sounds that you can use during playback.

The best whitenoise apps can run in the background and can continue running while unattended, and those that can minimize power usage can be extremely helpful. Other features, such as the ability to monitor the baby’s sleeping patterns or to vary the volume of the sounds produced, can help save you time and energy. Finally, check if the price is right, as many features found in expensive apps are also readily available in free apps.

There are many Android apps on the Google Play Store that are some of the best whitenoise apps for your baby. For instance, there is Sleepy Sounds, an app that lets you choose among white noise, forest sounds, lullabies, and custom music. You can set a duration for playback. Interestingly, the app shows a soothing animation along with the sounds, also effectively acting as a nightlight for your baby.

Another useful app is Lightning Bug-Sleep Clock, which draws sounds from over 200 sources, including white noise. Its main strength draws from its great visuals and animations, which it shows as it plays sounds. It also supports plugins that further extend its functionality.

The Baby Sleep-White Noise app  (https://play.google.com/store/apps/details?id=net.relaxio.babysleep&hl=en_US&gl=US) won Editors’ Choice for a good reason. It offers a wide assortment of sounds, including lullabies and white noise. It’s one of the best whitenoise apps because it features actual “shh” sounds recorded by parents. Best of all, it is usable even without an active Internet connection.

Several iOS apps are among the best whitenoise apps for your baby. For families on a tight budget, several free apps can provide calming noise to let your baby fall asleep.

Consider Sleeptot-Baby White Noise, which offers more than 30 variations of white noise and other household noises, such as the sounds of a running hairdryer or a working fan. It allows parents to set the duration and intensity of any sounds produced.

Another right choice is Sound Sleeper: White Noise, which provides the usual repertoire of white noise sounds and household noises. A unique feature it possesses is that it can self-activate when it detects if a baby is crying. It can also replicate womb sounds, and it allows you to record your own sounds. You can get it here.

Johnson’s Bedtime Baby Sleep app can play lullabies and other background sounds. It also contains full information on how to make babies sleep better. The app allows you to set sleep routines for your baby. Perhaps most amazingly, it can use its microphone to monitor and analyze how your baby is sleeping. Iis then followed up by suggestions for improving your baby’s sleep.

For paid options, you can start with Shh Baby Shh. This app features eight different sounds, including white noise, brown noise, and pink noise. It allows users to set timers. Also, you can set the volume to automatically decrease, making it easier for babies to fall asleep progressively.

Womb Sounds-Baby Sound Machine is another paid option that capitalizes on white noise that is more similar to womb sounds.

There you have it! We hope this list of best whitenoise apps will be useful in helping your baby, well, sleep like a baby!

FAQs On Best Whitenoise Apps For Your Baby

Is there a white noise app for iPhone?

Yes, there are different white noise app for iPhone. Some of these are TMSoft Noise Generator App, Coffivity, Sleep Fan, and White Noise HQ.

What is the best sound machine app?

There are sound machine apps available for both Apple and Android users. Some of these apps are MyNoise, Sleep Aid Fan, and Sleep Sounds.

What color noise is best for sleep?

Is there a free white noise app?

Yes, there are free white noise apps that can be downloaded into your phones. Here are some of the free apps, myNoise, Atmosphere: Relaxing Sounds, Relax Melodies: Sleep Sounds, and Rain Rain Sleep Sounds. More details here: https://www.babysleepsite.com/sleep-training/baby-sleep-smartphone-apps/

Is a fan considered white noise?