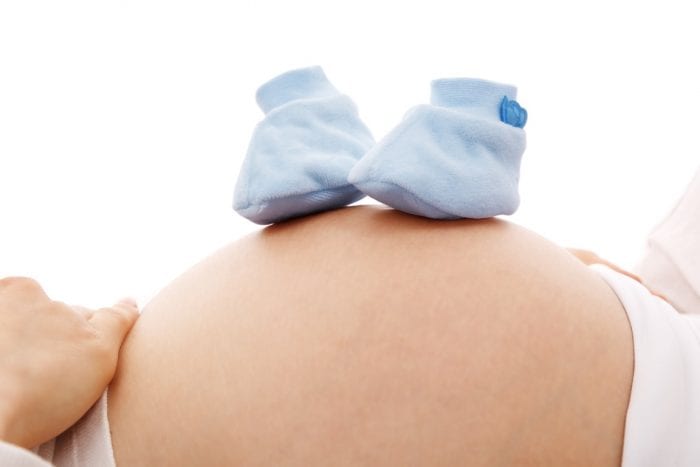 When it comes to finding out what sex your baby is going to be, sometimes you don’t even need to wait until a later ultrasound. Having a kid is an exciting time, and you may wonder if you’ll have a boy or girl. Determining whether a boy or girl will appear is something many parents like, and gender prediction is fun. But is there any type of gender prediction which is accurate? The Ramzi Theory is one that you hear a lot when you talk about gender prediction and whether you have a boy or girl, and you can use this early on to determine the baby’s sex by looking at the scanning plan on the side of your body.

Why Would Someone Care About Gender Prediction?

While you don’t have to get gendered everything, some parents may want to pick up a few items here and there, and gender prediction is a way to do it.

Gender prediction that isn’t an ultrasound though is not accurate. Many people don’t really follow the Ramzi theory or other means of gender prediction.

But, gender prediction can be fun, and if you’re curious about it, here you are.

It’s a claim that you can predict the gender of a child from as little as six weeks from the ultrasound you initially get. No evidence shows it works, and many experts already dismiss it. Many already believe this theory to be a hoax, but some moms like to try it just for giggles and fun. You have a 50/50 chance of it being right. The theory involves where the placement of the placenta is.

In other words, the placement of the placenta determines the sex of the baby. If it’s on the right side of where the uterus, and if it’s on the left, it’s a girl.

The theory came from a 2011 paper with no author name or affiliation, and some people don’t know where he entirely comes from. Others say it’s a doctor, but they don’t know the credentials.

The theory came from a media company that’s not peer-reviewed or a medical journal, so the research that’s there isn’t reviewed by others to make it valid. According to the paper, there have been more than 5000 women who have seen the side the placenta is on. Later on, when they get an ultrasound at 18-20 weeks to determine the sex of the baby, the paper says that it’s 98-99 percent of the time right.

So Is It Legit?

The problem is, there’s almost no evidence that proves it. Instead, another study showcased that there is no relationship between where the placenta of the baby is, and their sex.

Most professional organizations, including the American Congress of Obstetricians and Gynecologists, do not recognize this theory since it’s quite unlikely that the location of that alone determines the sex of the fetus. Currently, there is no basis that the male fetuses do implant differently than those of females. Now, no one has replicated it since about 2011, which says a lot about the legitimacy of this.

Can I Still Do It?

Sure! Just don’t think this is the end-all to determining it. Usually, you can use this to confirm later on during the 20th week whether or not it’s a boy or a girl. Typically, you use a color doppler to determine the villi location. You can ask the technician about this, and have them show you where the villi or the future placenta is. Again, if it’s on the left, it’s a girl; on the right, it’s a boy.

You can see the brighter area around where the sac is to determine this. Some will show multiple areas of brightness, and if you’re confused, you can ask a technician about this if needed.

Sometimes, people will use sagittal scans to figure this out. But it doesn’t provide insight into the location of the placenta. But you can use the transverse view to figure out what side the future of the placenta is on, and usually, transverse scans go from left and then to the right.

Usually, babies will stay close to the placenta during the beginning. But it is crucial to check out the bright area first to determine the Ramzi method prediction, and it doesn’t matter what side the woman ovulates since they can release from the ovary on the left and then implant to the right side of the uterus, in the same way, that it embeds on the left side.

There is further evidence that if there is one ovary that functions, they are just as likely to produce one or the other. There’s no correlation for determining what side the placenta forms on.

Other Ways for Gender Prediction

This is an alternative to the nub theory. Essentially the skull theory is one of the early gender prediction techniques that uses ultrasound scans.  It says that on the scanning plane, with the skull theory a boy’s head will look different from a girls, and it is a way to predict your baby’s sex.

Then there is the Chinese gender chart. You can use this at as early as six weeks pregnant, or even a few weeks’ gestation to determine the fetal gender. The problem with determining the fetal gander is that it really isn’t the best way to determine whether you will have a boy or girl.

Let’s talk about some of the old wives tales for early gender prediction. These are of course, not as accurate as ultrasound scans, but for some, especially as early as 6 weeks, they may believe in these.

First there is the old wives tale of what you crave. This is an early gender prediction where if you have sweet cravings, it’s a girl, if its salty, it’s a boy.  Of course, this is a very inaccurate way to predict your baby’s sex, and really doesn’t have value.

Then there is the old wives tale of garlic.  This means if you can eat garlic and not smell, you’re carrying a girl. Obviously another inaccurate gender predictor.

All of these aren’t accurate, and while they are fun, don’t have much stock.

So Are There Proven Ways?

The best way to determine the gender of this is just waiting for the mid-pregnancy ultrasound, which is anywhere from 16-20 weeks. Usually, the genitalia is developed enough for the person doing the ultrasound to find them, unless, of course, it’s the instance where the baby hides them. There are some prenatal tests you can get through. But these are only available for those that may have a baby with a chromosomal condition. There is the noninvasive prenatal testing, which can detect Down syndrome and other conditions in as little as ten weeks. It’s 99 percent accurate for determining the sex of the baby. The best way to predict your baby’s sex is through ultrasound scans. While a gender predictor is good, using the scanning plane on an ultrasound scan to tell you the gender is not only a  good way to check pregnancy health, but also help you determine the sex of the baby.

There is also chorionic villus sampling, where the doctor will take a sample of the cells that are in the placenta to get a genetic analysis at around 10–13 weeks. It can detect many of the chromosomal abnormalities, but it does come with the risk of miscarriage.

Some people like chorionic villus sampling because it will help you figure out the state of your child.

A chorionic villi sampling will help determine the baby’s genetic makeup, and this will help you figure out whether you want to continue the pregnancy.

Chorionic villi sampling is also done earlier than other tests, and it is usually done at the latest 14 weeks gestation, simply because by that point you can potentially look at the baby’s sex.

While it is a means to determine the baby’s sex, using it just for the baby’s sex isn’t the best option, since a chorionic villi sampling can detect certain chromosomal effects.

The final one is amniocentesis, which is a test that involves taking a sample of the fluid around the uterus, and later on, you find out the chromosomal abnormalities. This is again, less about gender prediction of the baby’s sex and is instead used for testing. But it also has a small risk of miscarriage.

But it is not active, and really the best way to predict whether you will have a boy or girl is to wait.  It is exciting to figure out whether you have a boy or girl, and when they start doing the scanning plane, you may ask. But the Ramzi theory isn’t totally accurate for gender prediction, and shouldn’t be the end all.

FAQs On The Ramzi Method

Ramzi method is not reliable. No studies prove that placenta placement is accurate to predict the gender of the baby as early as six weeks.

What is the Ramzi theory?

Ramzi theory is also known as the Ramzi Method. It is a way of predicting a baby’s gender as early as six weeks into pregnancy through the use of images from an ultrasound.

Ramzi method or an ultrasound scan is possible before 8-12 weeks of pregnancy.

How early can you tell gender ultrasound?

Ultrasound uses high-frequency sound waves. It helps to provide an image of the baby in the mother’s uterus.

What determines if you have a boy or a girl?

Can you tell a baby’s gender at 12 weeks?

Yes, you can undergo screening as early as ten weeks.  The screening can tell the baby’s sex with a 99% accuracy.

How can you tell where the placenta is on an ultrasound?

The placenta is the organ that transfers nutrients and oxygen from the mother’s blood right into the baby’s blood. Ultrasound determines the position of the placenta and its closeness to the cervix.

The Ramzi Method Other Resources