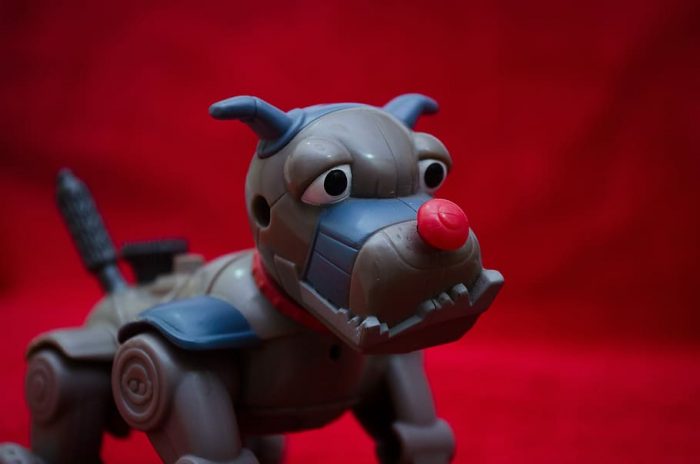 Robots are everywhere these days. Some robots build, some robots that clean, some robots that deliver packages, and of course, some robots that play with you. Interactive robotic dog toys are some of the most popular robots for kids and others to play with. So, we’re going to spend a little time looking at what the best robot dog toy on the market is.

Let’s start by going over what a robot dog is all about.

What Do Robot Dogs Do?

A robot dog does much of the same things that a pet dog does. Robot dogs toys for kids will play with you, respond to your touch, play with toys, make noises, do tricks, and more.

What interactive robotic dog toys for kids don’t do is make the messes that real dogs do, nor do they require the care and attention that a live dog does. You get many of the joys of dog ownership without all the work. For those reasons, some kinds of the best robot dog toys are being considered and tested for use with older people who could use the companionship but aren’t able to take care of a dog themselves.

What Is the Best Robot Dog For Companionship?

Sony’s robot dog, Aibo, is an ideal companion for an elderly or disabled individual. This robotic dog has technology that allows it to get to know its owners over time just like a real dog and real pet would. This robot pet dog will learn faces, voices, commands, and behaviors of the people it interacts with just like a real pet. The robotic dog has movements that are very lifelike making it easy for humans to form bonds with this robot dog toy and robot puppy.

What Does The Aibo Robot Dog Do?

This robot pet dog toy for kids walks around and behaves just like any real dog would in your house. This robot pet toy dog can play with toys and makes sounds like a real dog does. You can work with your robot dog to learn all kinds of different tricks just like a real dog. An Aibo robot dog toy is a wireless remote control dog greets people with the expressions and movements you would expect from any pet dog. Owners report feeling connected with their Aibo wireless remote control robot dog toys, but there is still a lot of ongoing research regarding what that bond is.

What Does The Aibo Robot Dog Do That Other Robot Dogs Don’t Do?

The Aibo wireless remote control robot dog toy is much more than just a toy. This robot pet dog is equipped with cameras that allow it to learn the faces of people it interacts with so it can act like a real dog. The facial recognition software helps to personalize the robot dog to a point where it responds to different people in different ways. Your pet doesn’t behave the same way with every person it comes in contact with, and neither does the Aibo robotic dog toy for kids.

Most of the mainstream, less expensive robot dog toy options are pre-programmed with the tricks they can do and the movements they will exhibit. They don’t truly learn anything and some may not be a wireless remote control robotic dog. Aibo is different in that it never really stops learning. It is designed to continue to use all of the data it takes in and learn from it to evolve as a companion to its owners. It becomes more connected to people as a real dog would.

What Is The Best Robot Dog To Buy?

The answer to this question depends on what the dog toy is being purchased for, or who it’s being bought for. It could also vary based on the budget of the person looking to buy the robot dog because the range of prices goes from quite affordable to thousands of dollars.

For those who are looking for the robot dog that’s the closest to the real thing you can get, the best robot dog is Aibo by Sony is your best option. That being said, Aibo comes with a hefty price tag of somewhere around $2,000.

You can get an interactive dog toy that’s only a couple hundred dollars in CHiP. CHiP robot dogs have a ball it likes to play with, is rechargeable, has dog sounds, can learn new tricks, and is also able to take in information about its owner to develop limited unique interactions with certain people it knows.

Many other types of interactive robot dogs are more of a dog toy than a companion. Some of the best robot dog options on the top 10 best robot interactive puppies you’ll find that is good for younger users include:

How Much Money Is CHiP The Robot Dog?

You can find versions of the WowWee CHiP robot dog toy from about $200-$500. Prices for this best robot dog will vary across different outlets.

How Do You Calibrate CHiP The Robot Dog?

CHiP has a corresponding app that goes along with the dog robot toy. You can go into settings for the app and you’ll find a calibration button. Once you tap that, the robot dog toy will go into calibration mode for around 30 seconds. This should make sure everything is functioning as it should in the robot dogs and robot puppy.

If You’ve Ever Found Yourself Wondering—Is There A Robot Dog?

There is! Robot toy dogs have been around since the end of the 1990s. The first versions of interactive puppies just didn’t do what the makers were looking for. Now though, robot toy dogs come a long way in their functioning, thanks to huge advances in artificial intelligence for these robot puppies.

You can find a remote control dog to provide you or a loved one with companionship or one that will truly be used just like a robot dog toy for a child. Many different companies have produced their versions of robot toy dogs and interactive puppies so there’s something to fit most users’ needs.

There are also many robot dogs found on various types of media. In two popular kid shows, Paw Patrol and Puppy Dog Pals, there are both live dogs and robot dogs so they make some of the best robot dog toys. In the game Crossy Road, there is a coveted secret character that is a robot dog. Robot puppies are popular across the board.

How Do You Get The Robot Dog On Crossy Road?

So, What Were Those Robot Dogs Called?

A robotic dog toy is something that all types of people and all ages of people can find enjoyment in. The two electronic pet dogs that are on the list for the top 10 best robot dog toys we looked at the most closely were Aibo by Sony and CHiP by WowWee. These two are more for the user who’s looking for a clean, low maintenance companion. Other versions from FurReal, Zoomer, and Spin Master are the perfect interactive robot puppies for kids that can even learn new tricks. The best pet remote control dog robot toy for you will depend on what you want to get from it and how much you’re willing to spend. Looking for one can be much like trying to find the right breed of dog for your family. Just do your research and find the pet robotic dog that will be the best fit for your needs.